During NYTimes' Maker week, I proposed, led and launched a new interactive game called Skyscraper. Skyscraper is a reimagining of a sudoku-type puzzle turned into 3D. 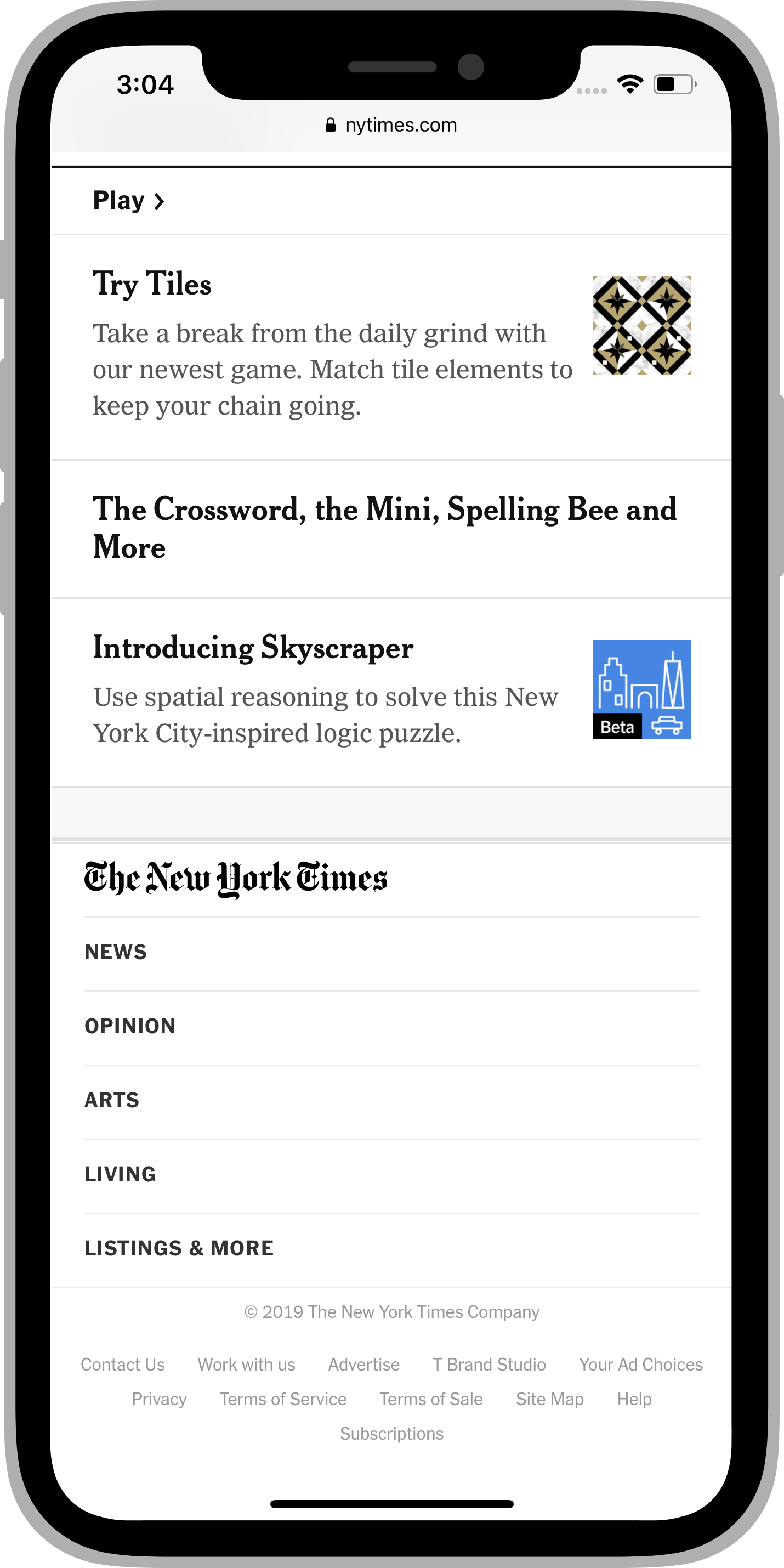 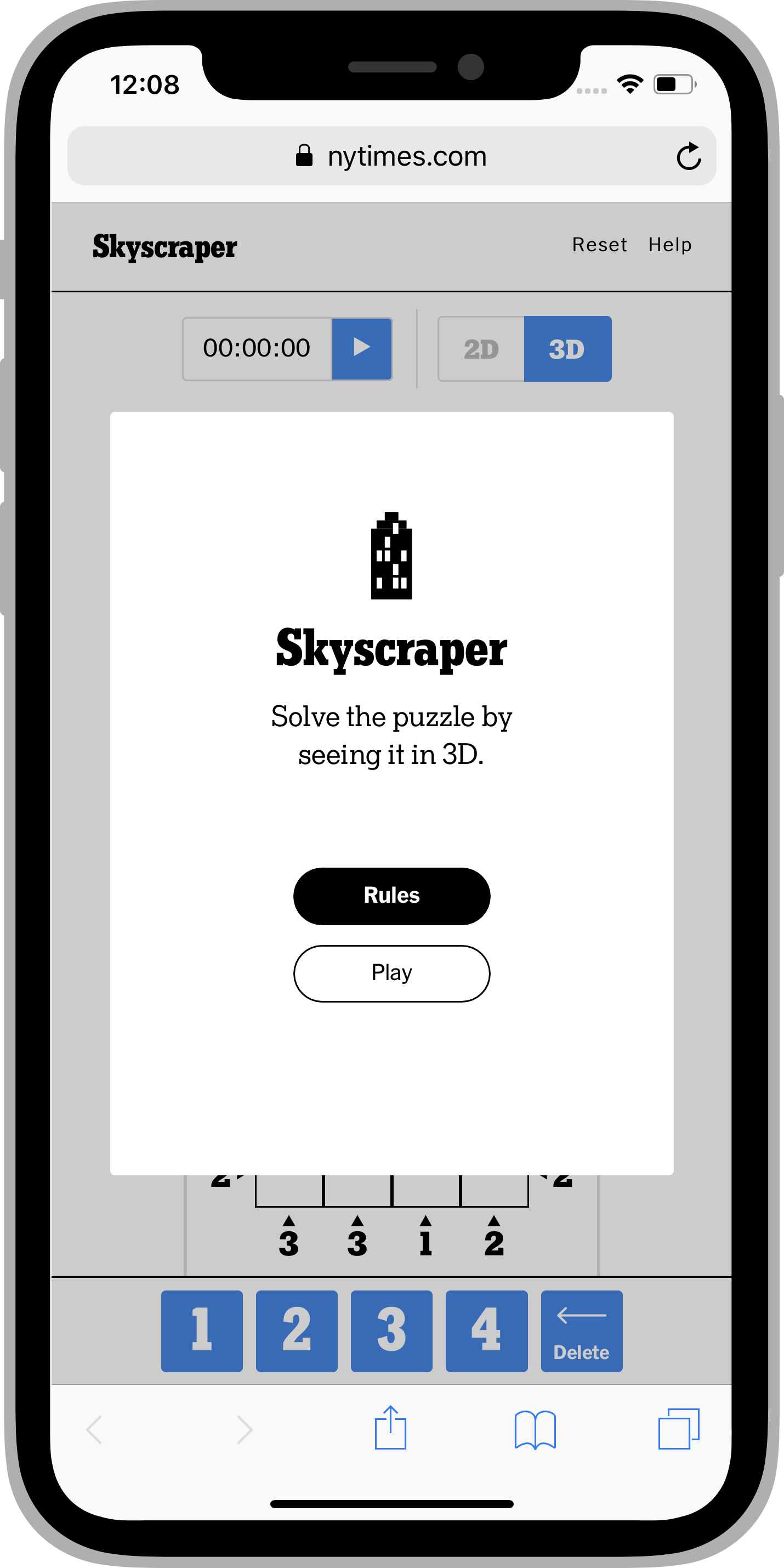 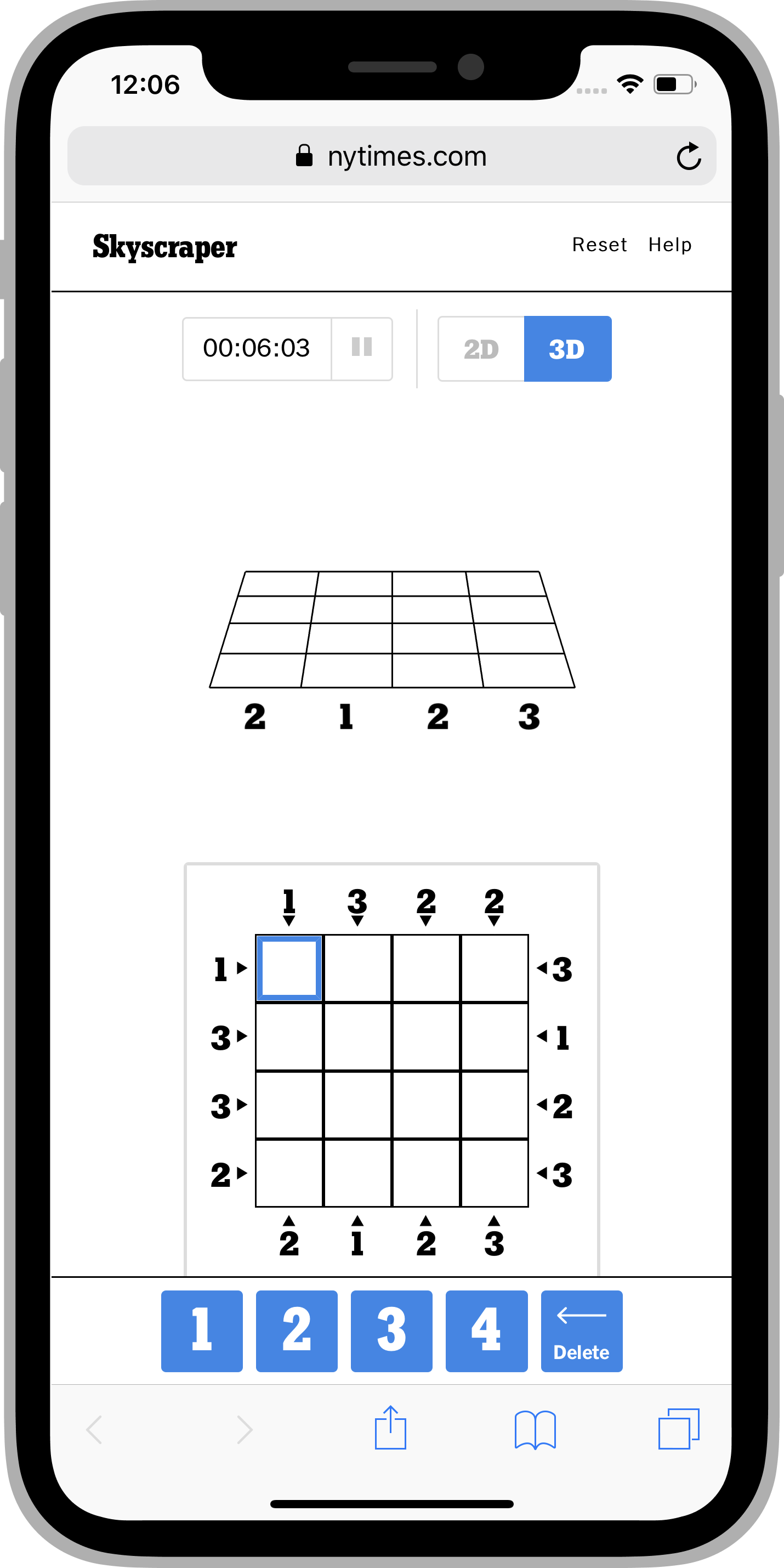 What I did
✦ Designer / Product Manager

The Skyscraper puzzle was first introduced in the 1992 World Puzzle Championship made by Japanese puzzle makers. The game is complicated to grasp because the puzzle is drawn in 2D but solved in 3D. Our team wanted to reimagine the puzzle to become more accessible and interactable. 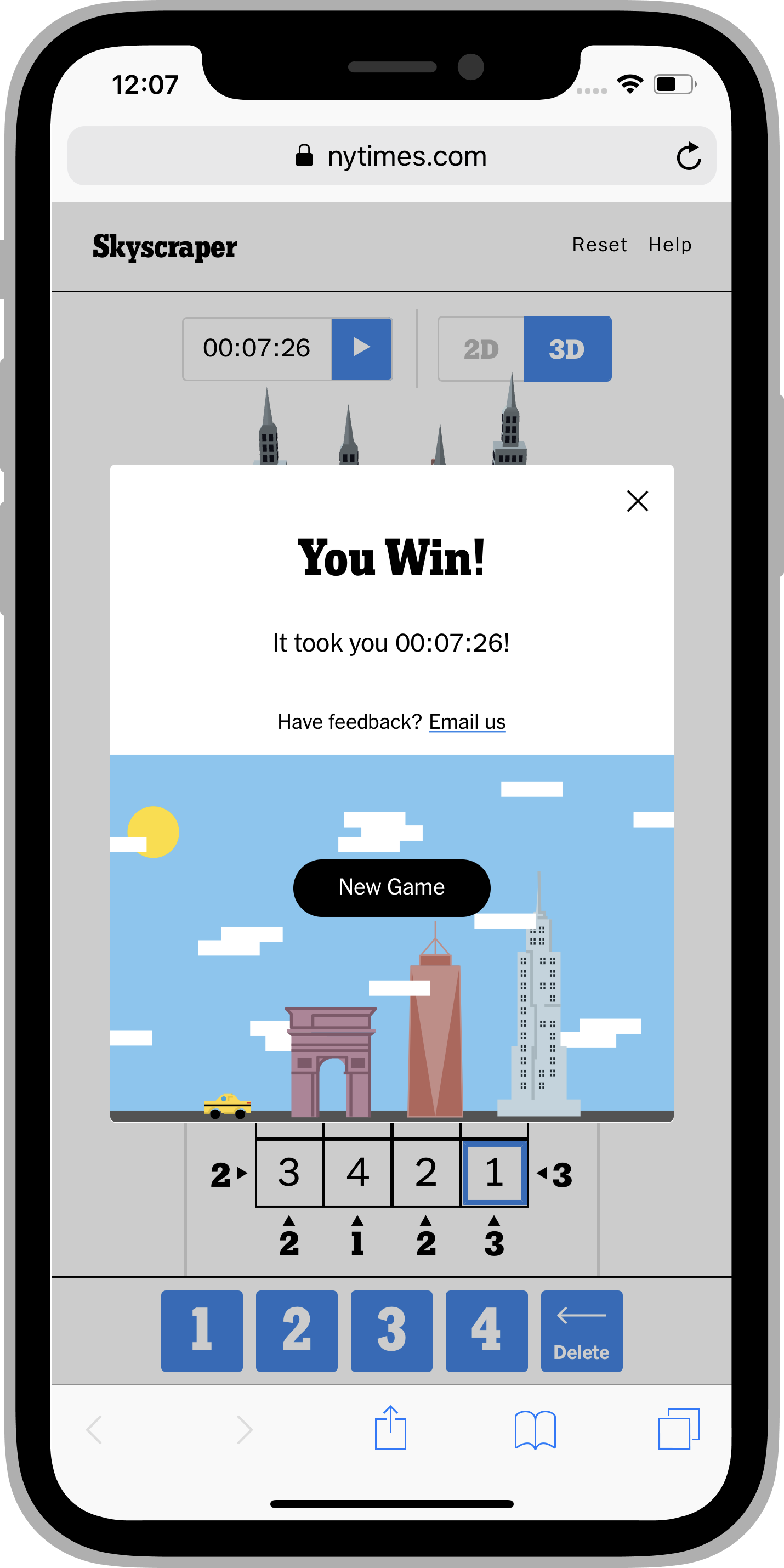 After a grueling hack week we presented the web project to some stakeholders and we were able to build a mobile friendly version for beta testing.

I learned so much not only as a designer, but also as a communicator. As someone who initiated the project, I also took on the role of managing and supporting the developers on the team.